Bangchak Corporation Public Company Limited has organized its 10th annual seminar, “Everlasting Battery to Revolutionize Future Energy”, to present interesting stories on battery or energy-storage system that proves to be the most important transitional technology for the world’s shift from fossil fuel to renewable energy. Lithium-ion battery is highlighted at the seminar because it answers well to the transition age. Featuring Thai and foreign experts in the field as speakers, the seminar has attracted nearly 1,000 participants.

In 2020, Bangchak recognizes the growing importance of battery as energy-storage system in the world’s ongoing transition from fossil fuel to clean fuel or renewable energy. The firm therefore has chosen to present its annual seminar in the theme of “Everlasting Battery to Revolutionize Future Energy”. The event has brought together experts at both national and international levels for the sharing of latest updates in the industry. Speakers have delivered lectures and join talks on the world’s battery industry overview, technology updates, innovations with Solid State Battery as a big highlight, and Thailand’s policies and battery’s role as a transitional technology.

At present, battery technologies have provided practical solutions be it about their size, electricity security, or ability to serve people’s needs during power blackouts. Batteries are thus crucial components in many products such as electric cars, electric buses, and cell phones. Electric vehicles’ efficiency is no less, if not better, than that of vehicles with internal combustion today. Electric vehicles can now run a farther distance per charge, all without polluting the environment.

Electric vehicles and batteries have lately gained popularity in Thailand. Investments in battery businesses, as a result, grow because investors have noticed battery’s bigger presence in daily life as well as its role in changing energy businesses. Battery indeed looks set to play a big role in driving Thai economy in the future, paving way for renewable energy to increasingly replace fossil fuel. During the transition, energy-storage system is the most important transitional technology. Of all technologies available, lithium-ion battery presents itself as the very best solution. Bangchak Group has already invested in lithium mining through Lithium Americas Corp (LAC), a lithium miner in both Argentina and the United States. Via this investment, Bangchak will get about 6,000 tons of lithium each year. Lithium Americas Corp is expected to start its lithium production in late 2021.

Held as a part of the seminar was an exhibition of electric vehicles such as Tesla Model 3 Performance 2019, Tesla Model X P100D 2017, electric tuk-tuks from Chuayram Engineering Company, as well as EV bus that Bangchak has used for shuttling staff between M Tower and its refinery. The exhibition showcased outstanding EV innovations for everyone to experience. Created by Chuayram Engineering, electric vehicles run completely on electricity and can double as ESS charger. These innovative tuk-tuks therefore can be dispatched to charge various other types of electric vehicles. Participants at the event expressed huge interest in these tricycles.

Also on display was Power Wall, which could be fitted into different venues from home to large plants to store reserve energy for use during an emergency. In front of the seminar room was the Winnonie booth. Operating under Bangchak Group, this startup has rented electric motorcycles to taxi motorcyclists, who can then lower their services’ energy cost by 10 times, on the basis of battery swapping. Winnonie is the first Thai operator to have offered such services. Seminar participants, moreover, could get up close with real Lithium-ion Battery and check out the Khon Kaen University’s plan to build a battery plant. 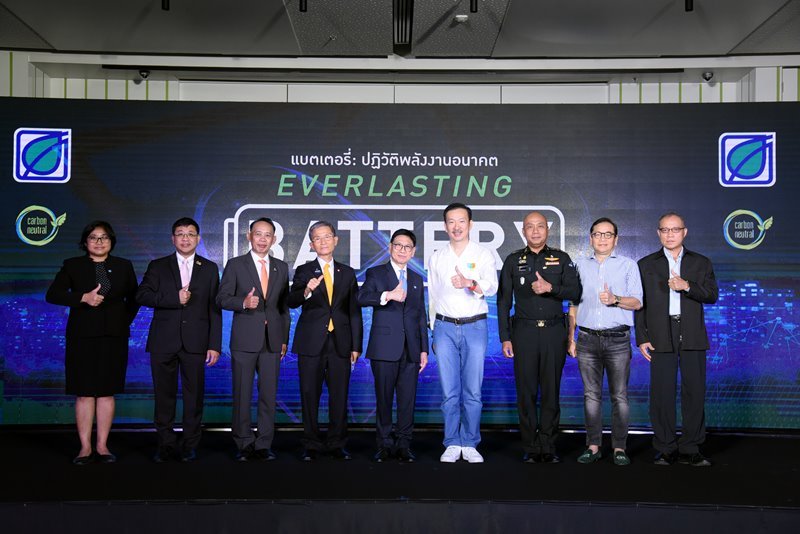 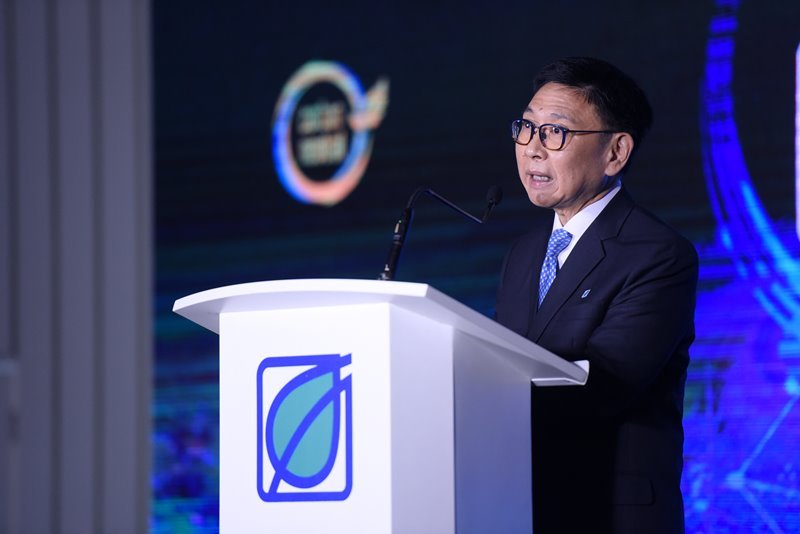 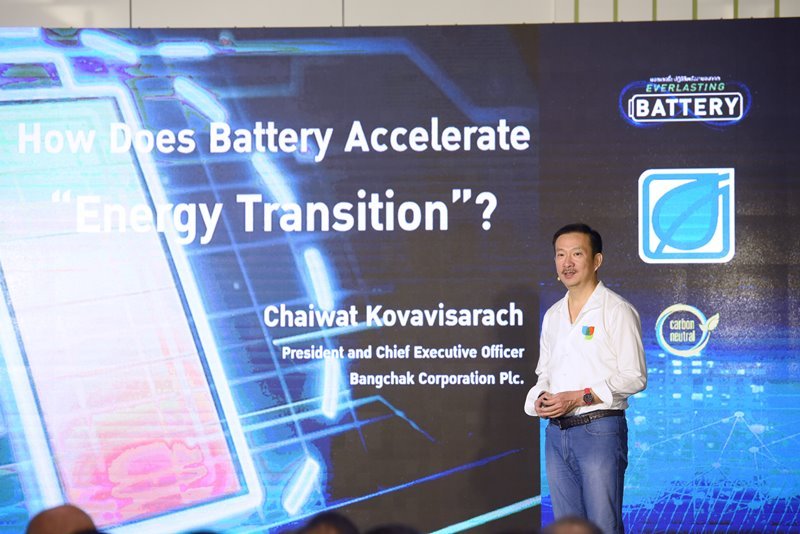