Mr. Chaiwat Kovavisarach, chief executive officer and president of Bangchak Corporation Public Company Limited (Bangchak), reveals about his firm’s operating results in Q3 2020 that his firm’s businesses had improved in response to rebounding oil demand. As lockdown measures related to COVID-19 situation started easing, more economic activities have taken place. Yet, when compared with 2019, oil demand has shrunk significantly. It will take time for the economy to recover from the big depression that was triggered by COVID-19. Because Bangchak’s Green Power Business and Biobased Business continued growing in Q3 2020, they helped curb the firm’s business fluctuations.

Ongoing trends suggest the world’s crude oil and refined oil prices will continue fluctuating in the low range due to concerns over second-wave COVID-19 outbreaks that have already happened in many countries including the United States. In some European nations, the surge in COVID-19 cases are so serious that lockdowns have been re-imposed. The recovery of global economy and oil demand thus will likely slow down. Refinery margin, in turn, remains low with adverse impacts on Refinery Business. Marketing Business, however, has seen positive signs as Thailand’s oil demand has rebounded thanks to the government’s constant launches of economic-stimulus measures especially the measures that spur domestic consumption and tourism. The government, for example, has declared special holidays and has issued the policy to offer special tourist visa. Domestic oil demand has recently soared. The Fiscal Policy Office has predicted that Thai economy will start growing again in 2021 given that exports have already rebounded in response to key trade partners’ economic growth, that Thailand’s private sector has now had higher consumption, and that the government has actively spent money to stimulate the economy.

When categorized by business line, Q3 2020 operating results of Bangchak are as follows: Refinery and Oil Distribution Business still faced impacts from fluctuating oil prices and refinery margins. In June, base refinery margin was at 6.19 US dollar per barrel. The amount then dropped to just 0.89 US dollar in September. On average, base refinery margin in the third quarter stood at 2.33 US dollar per barrel. The rate was lower than that of the previous quarter mainly because Gas Oil/Dubai crack spread was getting smaller and also because baht was strengthening. Gas Oil/Dubai was the biggest product category of Bangchak’s Refinery Business. Bangchak sought to rein in negative factors by improving cost management. Crude oil had been procured at a rate lower than market price as the firm bought it from oil traders that had amassed their stock during low-price period. In addition, Bangchak had adjusted its production portfolio to respond better to market needs and boost its overall refinery margin. The firm had also raised its production to 95,300 barrels a day. The volume accounted for 79 per cent of its refinery’s full capacity. In Q3 2020, Bangchak’s Refinery Business recorded 269-million-baht Inventory Gain (including the reversal of net realizable value loss) because crude oil price rose from the previous quarter. As a result, its overall performance improved in the third quarter. Regarding the operating results of Oil Distribution Business or BCP Trading Company Limited, gross profit margin dropped mainly because gross profit margin of low-sulfur fuel oil – which is required by the International Maritime Organization (IMO) – went down. The drop stemmed from the fact that supply increased but demand had not yet recovered from COVID-19 outbreak.

Bangchak has now partnered with the Tourism Authority of Thailand in conducting the Explore Thailand with Bangchak” project. Under this project, Thais are encouraged to travel across Thailand by car and fill their tank at Bangchak service stations during their trips. By doing so, they will get reward points that can be used to redeem various prizes. The project is designed to spur the Thai economy on the overall too. At present, Bangchak has continued expanding its service-station network so as to cover more consumers. At the end of Q3 2020, Bangchak has had 1,223 service stations. The Retail Business has also adjusted its convenience stores by adding diversity. Bangchak has already recognized the expenses made for the adjustment.

Green Power Business grew in Q3 2020 thanks to BCPG Public Company Limited’s growing investments. Its projects’ power sales soared by 78 per cent from the previous quarter and by 227 per cent from the same period a year earlier. A key contribution was from a hydropower project in Laos. During rainy season, hydropower generation peaked. Hydropower sales from the Laos-based project compensated well for the rainy season’s impacts on other power-generation projects. The firm, moreover, started recognizing the revenue generated by four solar-power projects that it earlier acquired. These four projects have had the contract to generate 20 megawatts of power for distribution. In addition, the firm’s solar-power sales in Japan went up from the previous quarter because purchases could still go ahead. The firm, furthermore, recognized a bigger share of profits from its geothermal power plant project in Indonesia. Via its extraordinary meeting of shareholders, BCPG approved the plan to raise its registered capital by offering 1.3 billion ordinary shares for capital increase. The offering is expected to raise 12,000 million baht for the firm’s five-year investment strategy. Parts of the increased capital will be used to repay loans, which were obtained earlier, to boost the firm’s financial strengths further.

Biobased Business, which is conducted via BBGI Public Company Limited, recorded the EBITDA of 390 million baht in Q3 2020. The amount marked an increase of 51 million baht from the previous quarter and an increase of 94 million baht from the same period a year earlier. Biodiesel Business saw its gross profit margin soar by 53 per cent in Q3 2020 from the previous quarter and by 146 per cent from the same period a year earlier thanks to its better cost management. Its B100 product sales also jumped by seven per cent from the previous quarter thanks to soaring demand. Its B10 diesel sales rose as well in response to the move to make B10 the standard diesel oil. Ethanol Business, meanwhile, recorded bigger sales of ethanol-based fuel. The higher sales were in line with the firm’s soaring gasohol sales, which happened after the launch of S EVO Family gasohol. Demand for industrial-grade ethanol, so far, dropped as the production of alcohol gel and sanitizers reduced. The firm’s gross profit margin in this sector thus dropped. When compared with the same period a year earlier, sales in fact slightly increased in Q3 2020. However, gross profit margin decreased because the cost of raw materials went higher. During the third quarter of last year, KGI had a better cost of molasse as its cost control stuck to a just-issued announcement on Thailand’s average molasse price. In Q3 2020, BBGI invested in a listed biotech company in the United States because of interest in the latter’s Bio-ingredients business.

Natural Resource Business recorded the negative EBITDA of 58 million baht, down by 118 million baht from the previous quarter, because it recognized the loss from its investment in a joint venture, OKEA. In the second quarter, OKEA gave profits. In fact, OKEA had higher revenue in Q3 2020 because crude oil and natural gas prices increased after COVID-19 situation eased. However, this joint venture had a smaller profit from rate of exchange and recorded more allowances for asset impairment. Most of the asset impairment came from assets in Yme site, where production plan has been delayed and more investments are needed. So far, as deferred income tax was recognized in Q3 2020, the loss was lowered to an extent. OKEA has invested in Calypso and Aurora petroleum sites (close to Draugen and Gjøa respectively, thus giving opportunities for synergy and production-cost reduction) in Q3 2020. Explorations are now ongoing at both sides, which have solid potential to become production grounds in the future. At the end of Q3 2020, the book value of OKEA investment has been close to its market value.

“To date, we have successfully lowered our expenses to an extent via cost control that is done with improved work procedures. Yet, given that no one can tell when COVID-19 situation will ease across the world and where the fast-changing world will head to, we need to be well prepared. It is necessary that we are ready to deal with all situations that may happen in this now highly-volatile world,” Mr. Chaiwat concludes. 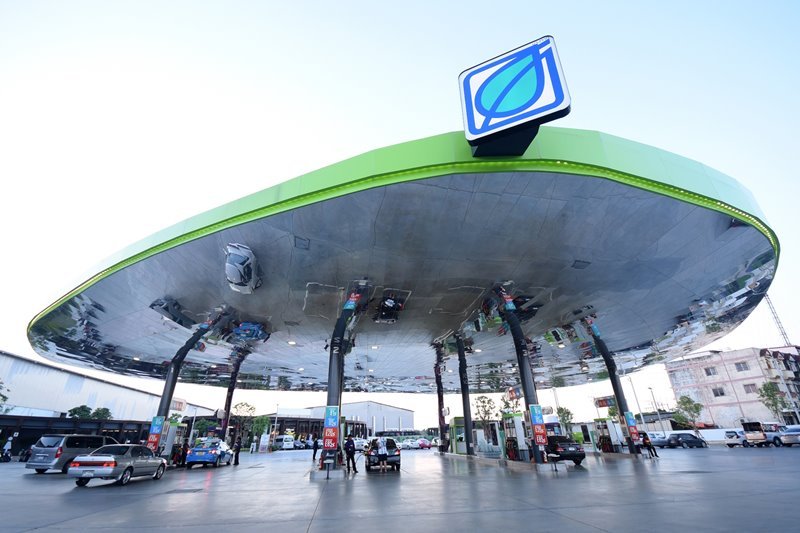