Bangchak is Set to Sell “Lower-Sulfur Diesel” at Ordinary Price for 3 Months to Ease PM2.5 Threat in Bangkok 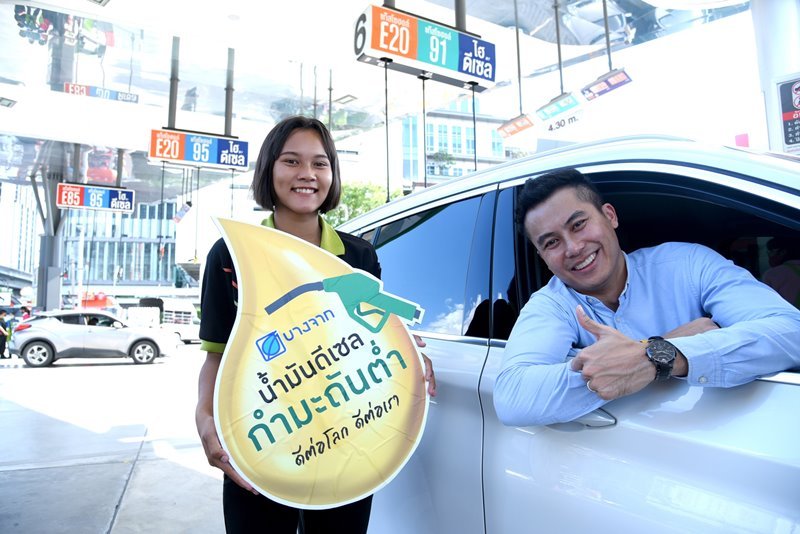 Bangchak Corporation Public Company Limited has joined efforts to battle PM2.5 threat by producing lower-sulfur diesel. Sulfur content in this new fuel product will be lower than 10 parts per million – or five times lower than the normal 50-PPM level. Launched for distribution between 1 December 2020 and 28 February 2021 without any price raise, every liter of Bangchak diesel will help ease air pollution by reducing PM2.5 amount in the air. Bangchak will not increase its diesel price even though the lower-sulfur choice will raise its production cost. Because sulfur in oil during combustion turns into sulfate that together with other pollutants forms PM2.5, lower-sulfur diesel will reduce the problem of dust particles and sulfur dioxide.

A research by the Pollution Control Department and the King Mongkut's University of Technology Thonburi has identified road transportation as a main source of PM2.5 in Bangkok and its adjacent provinces. Road transport alone accounts for 51 per cent of PM2.5 amount in the area. The industrial sector, households, other modes of transportation, outdoor fires and other sources account for 21 per cent, 10 per cent, 9.5 per cent, six per cent, and 2.5 per cent respectively.