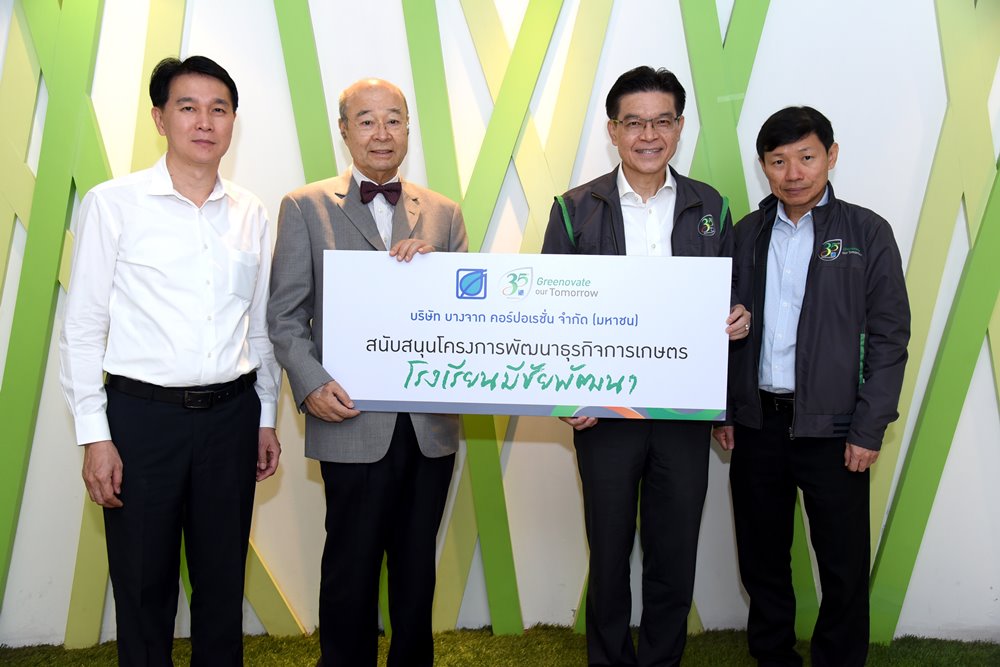 Mr. Yodphot Wongrukmit, senior executive vice president for corporate management and sustainability development of Bangchak Corporation Company Limited, has handed over a fund to support the agricultural business development project of the Mechai Pattana School in Buri Ram province. The fund will be used to expand the project’s hydroponic system, build its melon farmstead, and also install its microgreens farming system and tissue-culture system at its Bangchak Innovation Building. The construction of this building has also earlier been funded by Bangchak. The additional fund from Bangchak aims at increasing participation-based New Agriculture activities, providing students with innovations on education and New Agriculture, promoting social enterprises, and developing a learning center for communities. Mr. Mechai Viravaidya, chairman of the Mechai Viravaidya Foundation and the Mechai Pattana School, has received the fund from Mr. Yodphot at Bangchak Green Net Company Limited, Country Complex, on Sanphawut Road, Samut Prakan province.

The Mechai Pattana School is a nationally-recognized model school. It focuses on equipping students with life and occupational skills based on their geosocial context. Guided by an emphasis on self-reliance, the school operates on the vision that, “a school must serve as not just a learning center but also a development center for better quality of life and income”. The school hopes that its students will get practical knowledge and skills that can be shared with their families and communities.