Bangchak Donates Hats Made from PET Bottles, Plants Trees in Honor of King 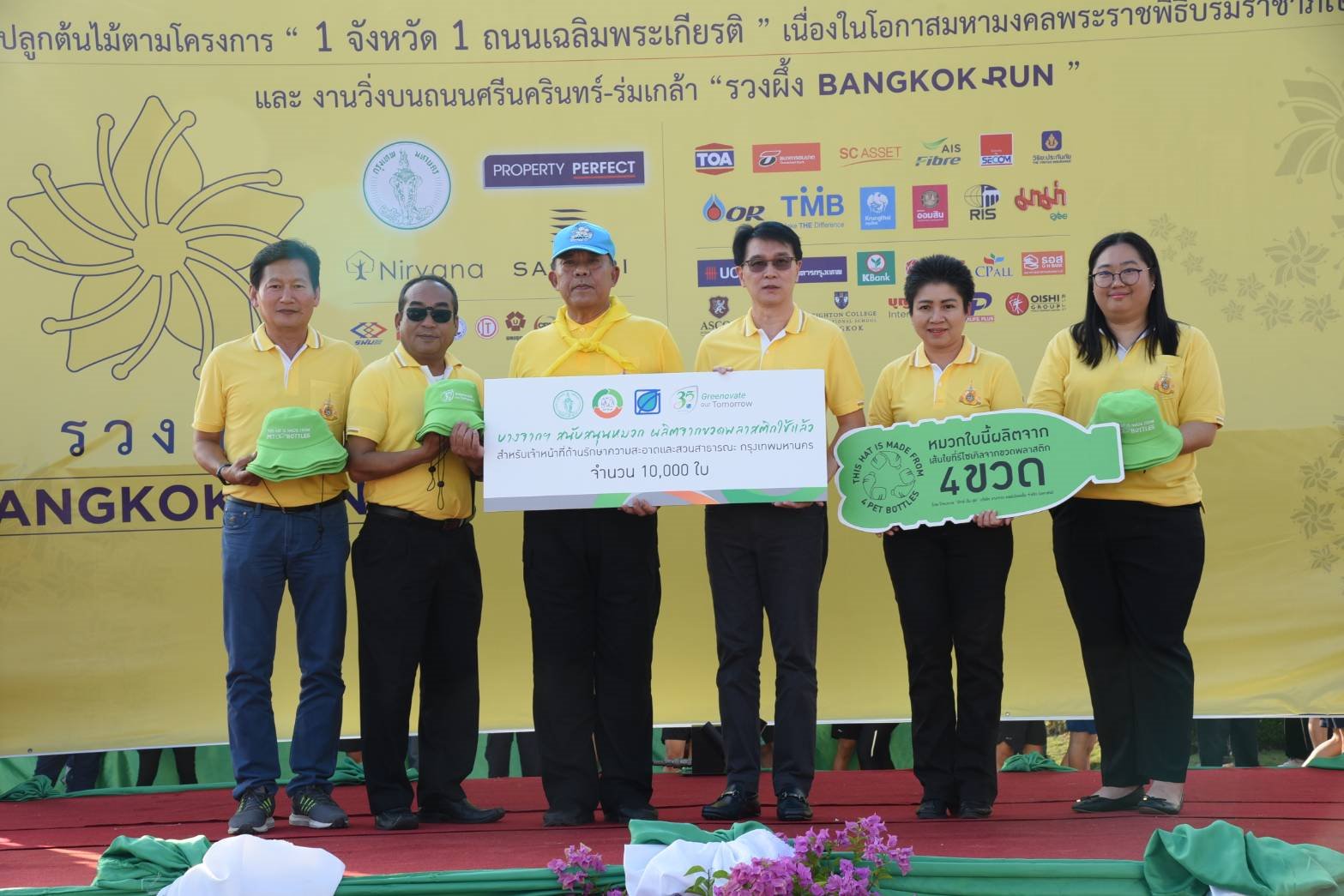 Mr. Chokchai Atsawarangsalit, acting senior executive vice president for corporate management and sustainability development of Bangchak Corporation Public Company Limited, and several executives of the firm have lately given 10,000 hats to park cleaners of the Bangkok Metropolitan Administrations via Bangkok Governor Pol. General Aswin Kwangmuang. These hats use fibers that are made of PET bottles, which were donated by people via Bangchak service stations under the “Conserve & Share” project. These hats are like New Year gifts from Bangchak and Thai people, who recognize the devotion and service of cleaners. Also, Bangchak has joined the planting of Yellow Star trees on the Srinakharin – Romklao Road under the “One Province, One Road in Honor of King” project. This initiative aims at celebrating the recent royal coronation.