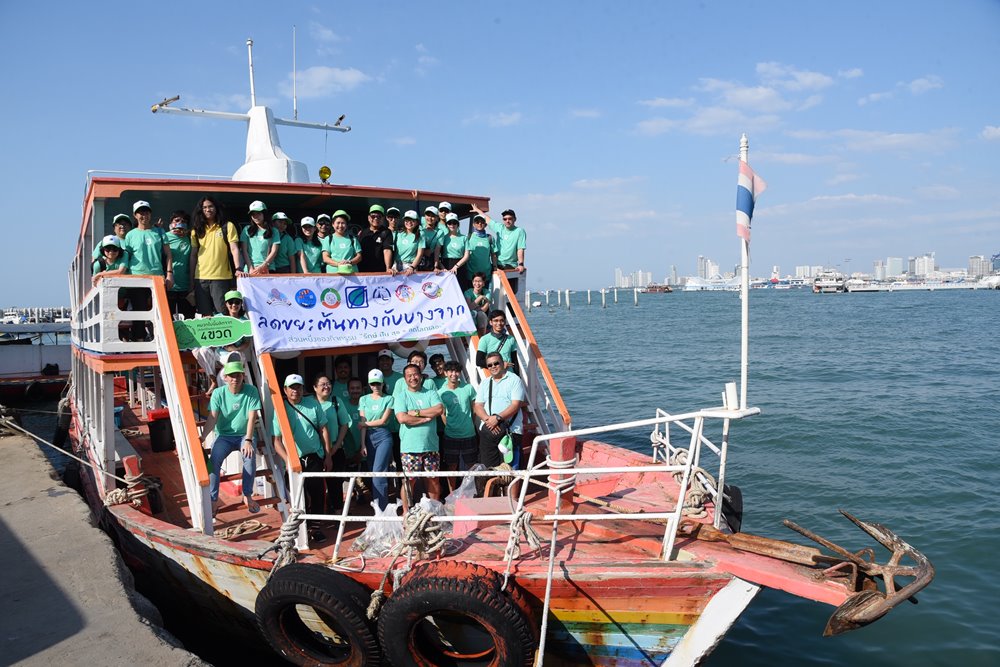 Bangchak Corporation Public Company Limited, via the Bangchak Conserves Thai Seas Club”, has waged a campaign to “Reduce Waste at Origin with Bangchak”. Joining the campaign were Dr. Thon Thamrongnawasawat, a prominent academic, and an operation team against marine litter. Participants have recently boarded a boat to collect seawater samples from Chon Buri’s Pattaya. These samples will be analyzed to identify microplastics in the sea and raise public awareness of the need to protect the environment and marine ecology. The campaign is a part of “Less Littering x Conserve & Share Happiness project, which Bangchak has conducted through the collaboration with the Tourism Authority of Thailand.