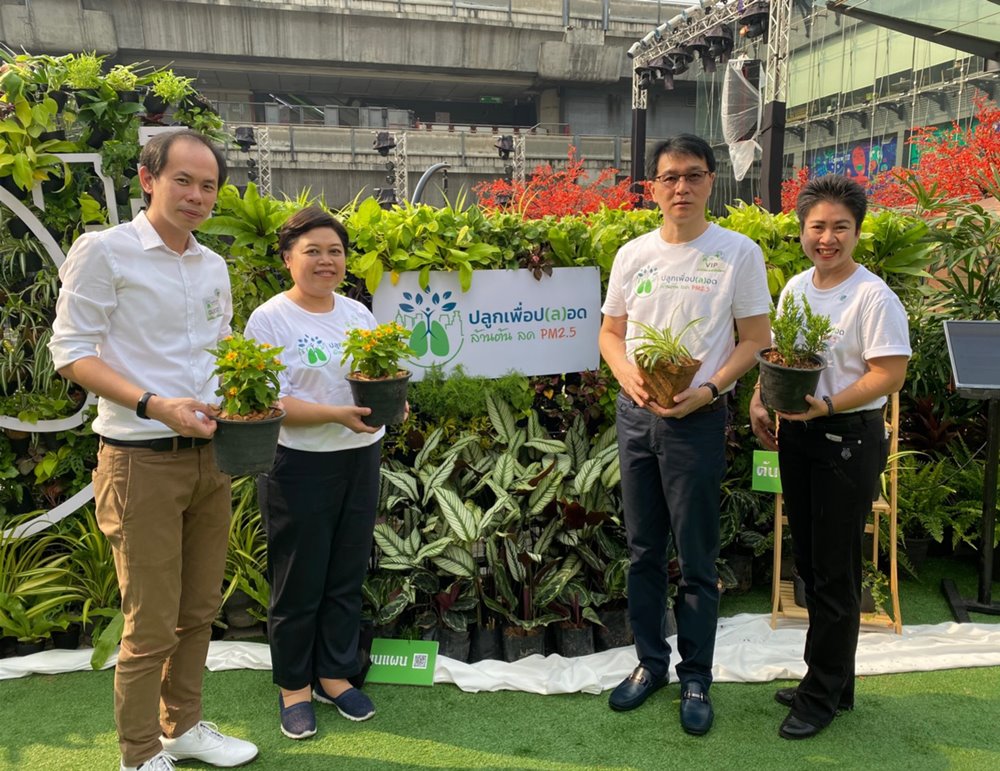 Mr. Chokchai Atsawarangsalit, senior executive vice president for Corporate Management and Organization Development at Bangchak Corporation Public Company Limited, and several other executives from the firm have recently attended the “One-Million-Tree Planting Scheme to Fight PM2.5 Threat” event at Siam Paragon. Mr. Chalermchai Sri-orn, minister of Agriculture and Cooperatives, has presided over the event as the scheme is a part of his ministry’s Green City by MOAC project. The initiative hands out one million seedlings of plants known to have effectively trapped dust particles in the air to members of the public as tree planting promises to ease PM2.5 threat in Bangkok in the long run and deliver sustainable results. Top executives from both the private and government sectors have turned up at the recent event.

Under the initiative, Bangchak is planting 100,000 trees at its headquarters, refinery and service stations. The firm, moreover, has joined hands with district offices in Bangkok and various allies in adding green areas and reducing dust in Bangkok.