Bangchak Starts “Tanks of Happiness” to Spur Sharing among Thais

Bangchak has now set up “Tanks of Happiness” at its service stations and in various communities under its “Bangchak Group Joins Caring Efforts during COVID-19 Crisis” Project. Launched to ease people’s sufferings during the pandemic outbreak, these Tanks of Happiness spur the sharing of commodities among people with Bangchak starting the trend by providing free soft rice. The initiative began as soon as two Tanks of Happiness were installed on May 15.

Mr. Chaiwat Kovavisarach, chief executive officer and president of Bangchak Corporation Public Company Limited (Bangchak), says his firm has recognized that it is important to take care of the society while conducting a business. Bangchak, therefore, has not ignored the society even when COVID-19 crisis has affected its business. Even during such difficult time, Bangchak has offered what the society lacks based on its potential.

In its latest move, Bangchak has integrated “Pantry of Sharing” concept to its “Bangchak Group Joins Caring Efforts during COVID-19 Crisis” Project through the launch of “Tanks of Happiness”. Under this initiative, 200-liter oil tanks were cleaned, repainted, and changed into “Tanks of Happiness”. They will go up at Bangchak service stations in Bangkok’s Phra Khanong and Bang Na districts, its suburbs, and the compounds of Bangchak’s allies. Not just staff or customers of Bangchak but also interested people will find greater convenience in donating rice, food and other necessities to those in need. The move promotes kindness and mutual support that Thais have long been known for.

In these Tanks of Happiness, Bangchak has put in soft rice of a Chainat’s indigenous variety. The rice comes from an agricultural cooperative that is a partner of Bangchak. 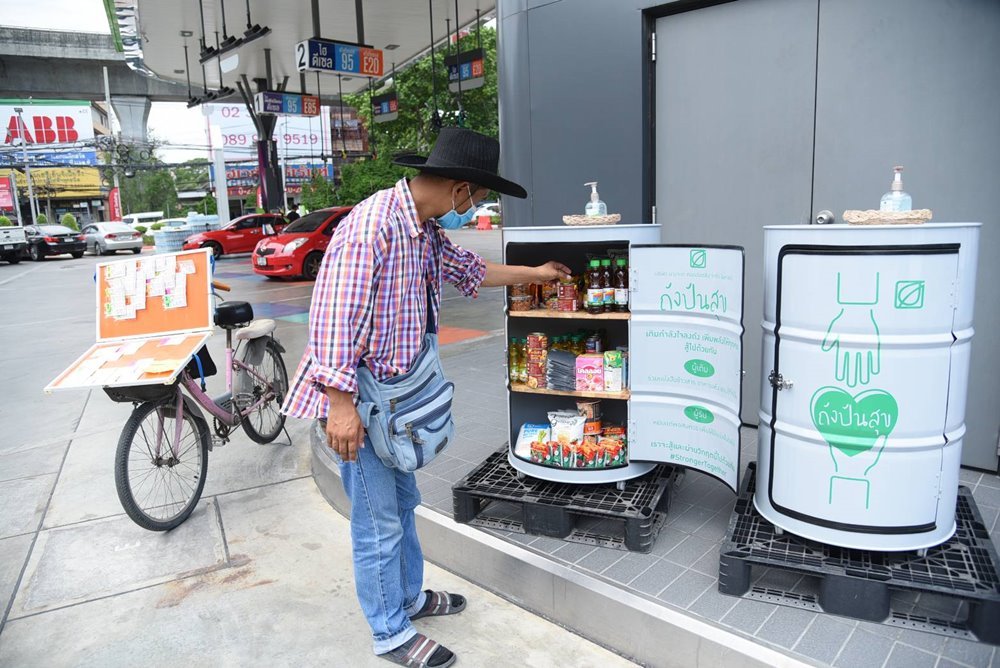 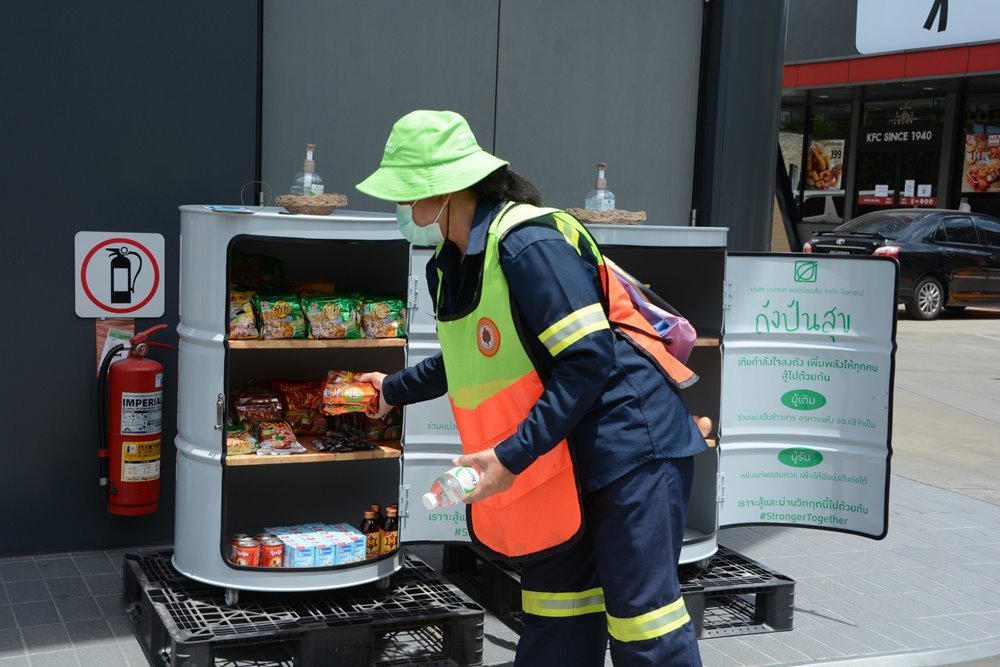 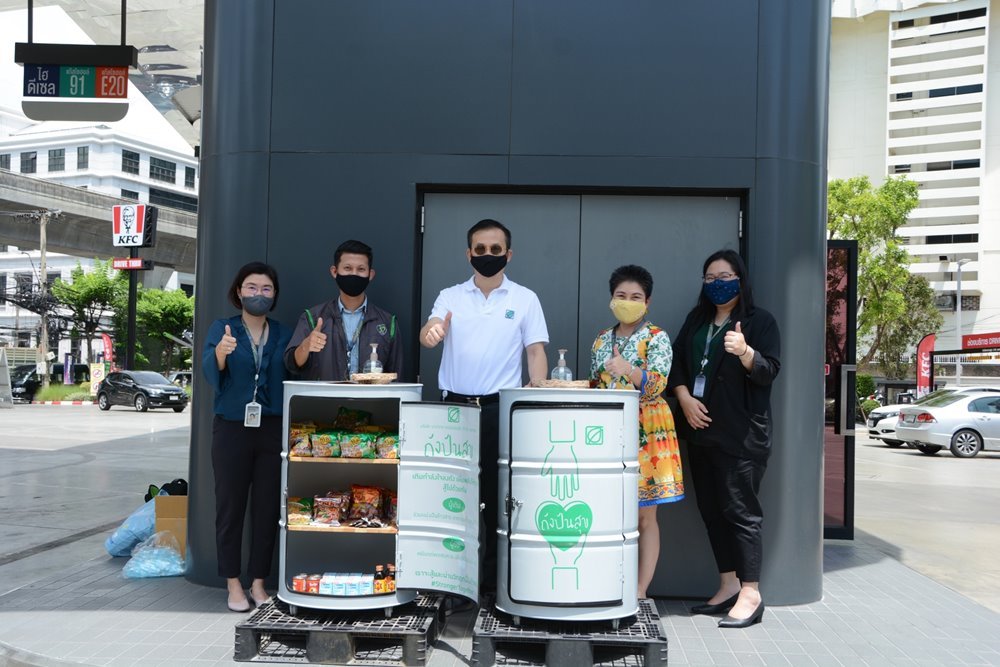