Bangchak Group reported that the joint establishment of Carbon Markets Club (CMC) along with 11 organizations in June 2021 stimulated active carbon credit trading in Thailand for both TVER and REC, noting that the volume of trade in the first half of 2022 was similar to the entire 2021 volume reflecting the awareness of efforts to address climate change through carbon credit trading mechanisms which like a bridge that links the transition from fossil-based energy to clean energy, and encouraged organizations and interested individuals to join free-of-charge.

Chaiwat Kovavisarach, President and Group Chief Executive Officer, Bangchak Group, revealed that “the significant growth of domestic interest in carbon credit trading is very interesting. It is very delightful that one year following the establishment of CMC, reports of TVER and Renewable Energy Credit (REC) trading via CMC as of July 2022 are TVER – 218,167 MTCO2eq and REC – 127,934 MWh or equivalent or 277,017 MTCO2eq or the planting 32 million 10-year old trees, which is the volume of TVER trading in for the 2021 indicating growing interest in carbon credit trading greatly benefitting the Thai market where the latest data suggests that current supply is many times greater than present demands.

In the first half of 2022, CMC accounted for 95% of TVER carbon credit trade volume as offset and reported by the Thailand Greenhouse Gas Management Organization (TGO), while REC volume, reported annually, CMC accounted for 27% of total REC traded volume in 2021.”

CMC is a congregation of those who support low-carbon lifestyles and business, welcoming both organizations and private individuals, with no annual membership fee. The two main objectives are creating knowledge and raising awareness of carbon offsetting, and serving as a carbon credit trading market.

Presently, CMC has 40 members (28 juristic person(s), and 12 private individuals) and plans to continually organize activities to raise awareness such as monthly Online Webinars on climate change supported by various domestic and international organizations, and well-received by attendees such as in July, in collaboration of Enterprise Singapore, was able to feature Singaporean companies to share their experience working with climate change and carbon credit trading, and using various media, such as website, Facebook, and Line for members to disseminate and exchange relevant information, including the monthly article series “The Road to Decarbonization” by Dr. Thon Thamrongnawasawat, Thailand’s leading environmental academic, and articles from member organizations from various businesses.

Regarding carbon credit trading from Thai projects in the domestic market, currently there is a limited number due to the voluntary nature and small size of the Thai market, with an average rate of growth of 805% annually, as reported by the Thai Greenhouse Gas Management Organization, and significantly limited public awareness of the significance of carbon credit trading. As such, CMC prioritizes engaging and raising awareness, disseminating news and information through various activities, and inviting organizations and the public to become members, free-of-charge.

Chaiwat added that “CMC is that platform that supports all certification, albeit TVER or REC, as well as any other formats that may be introduced such as Gold Standard, to be offered on the Marketplace on www.carbonmarketsclub.com so those interested can explore or buy, supporting national greenhouse gas reduction projects with carbon credit trading through TGO, as well as, alternatively, renewable energy and carbon credit trading on the Federation of Thai Industries platform. We would like to invite organizations and individuals to join CMC, becoming part of the change to achieve the Net Zero target, which is a challenge shared by all.” 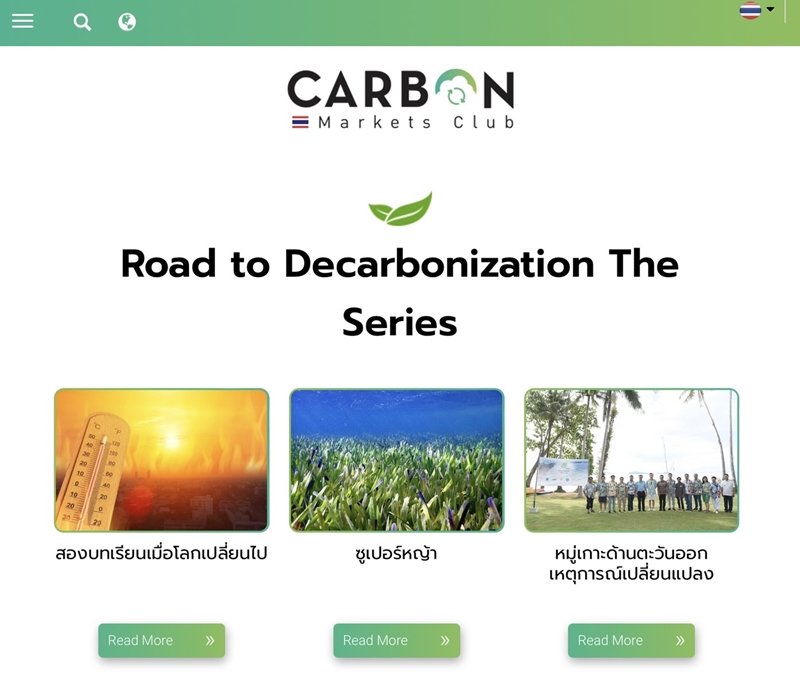 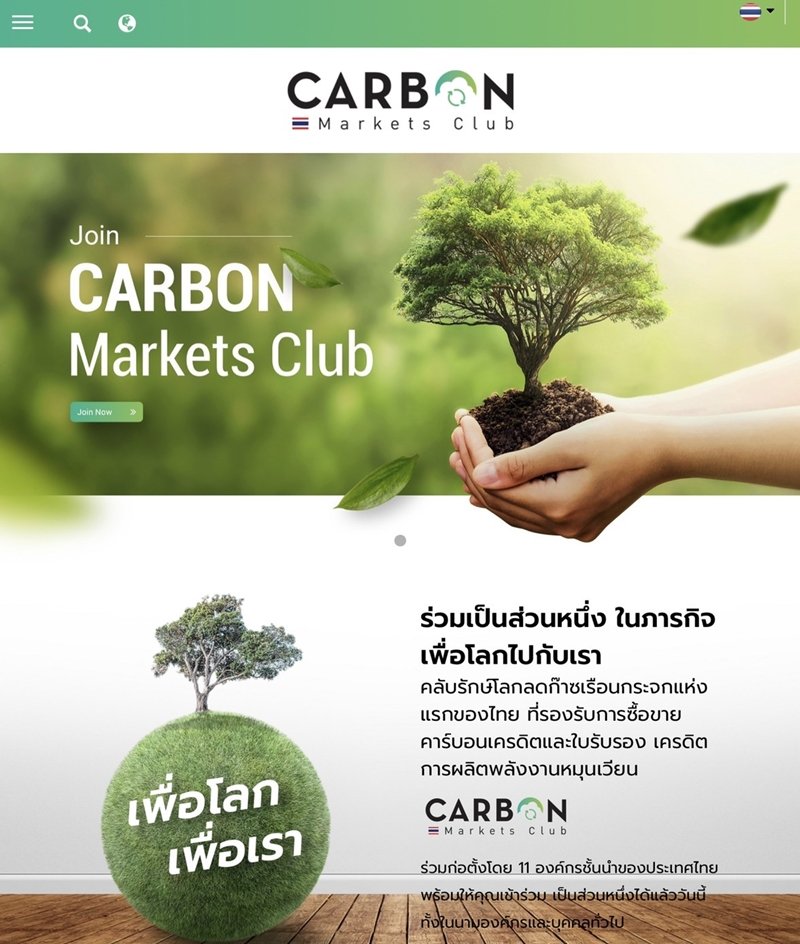