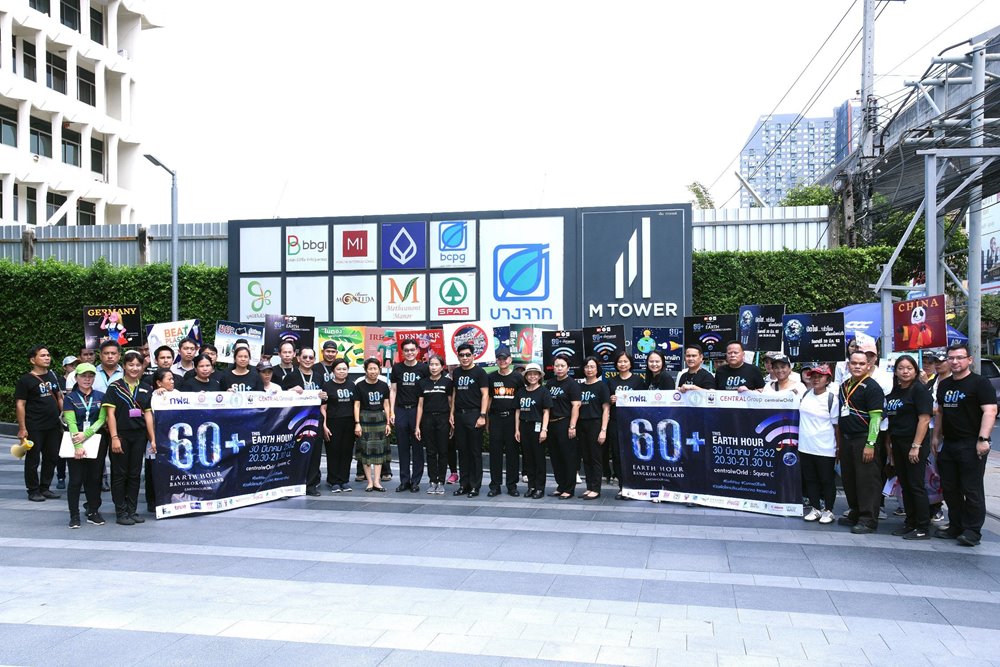 Mr. Yodphot Wongrukmit and Mr. Kiatchai Maitriwong, senior executive vice presidents of Bangchak Corporation Public Company Limited, joined other executives and staff, as well as M Tower’s executives in a collaborative campaign with the Phra Khanong District Office for Earth Hour. Participants in the campaign included the district office’s director Athisri Wuttiphakpakdee and its official. The campaign featured a campaigning walk, which started from M Tower and stretched throughout the entire portion of Sukhumvit Road in Phra Khanong district. As campaigners walked along the road, they encouraged people and shops to turn off non-essential lights for one hour to ease global warming and to change energy-consumption behaviors for the world. The campaign took place before the Earth Hour activities on 30 March 2019.

Organized by the Bangkok Metropolitan Administration and allies, the Bangkok: 60+ Earth Hour 2019 event will be held on 30 March 2019 at Square C, CentralWorld, under the “Turn Off for the Earth, Change for the Future” concept. The event will nudge people in the Thai capital to turn off electric lights for one hour between 8.30pm and 9.30pm on 30 March 2019 just as peoples in more than 7,000 other cities do the same.